Are you on the lookout for a new stand mixer this year? There are tons of options on the market, and deciding which one to buy can be overwhelming.

Stand mixers come in all sorts of different sizes, price points, and designs, and it can be hard to figure out which ones are worth your money. Luckily, I’ve done all the research so you don’t have to.

To help you narrow down your choices, here are the 8 best stand mixer brands that I think are worth knowing in 2023.

Who doesn’t?! Here are a few stand mixer deals I think you’ll love!

Known for their retro-styling and bold colors, KitchenAid stand mixers are one of the most well-known brands and its the one every baker wants to get their hands on. Popular with both home bakers and professionals, they’re reliable and sturdy stand mixers. KitchenAid is also one of the best vintage stand mixer brands out there.

Now owned by the Whirlpool Corporation in the USA, KitchenAid is part of a large family of home appliances, including MayTag, Hotpoint, and Indesit.

The home brand KitchenAid was created by The Hobart Manufacturing Company in 1919. Their original stand mixers had been produced for industrial work, but were eventually remarketed to farmhouse kitchens as well as commercial kitchens and small soda fountain stores.

In 1922, the first H-5 mixer was marketed by KitchenAid to homemakers, where it instantly became a household staple. Aside from a break in manufacturing during World War II, it continued to sell out every Christmas.

In addition to stand mixers, KitchenAid also expanded to other household appliances, including dishwashers, refrigerators, and more. The Whirlpool Corporation bought the brand in 1986.

Today, while some of KitchenAid’s products are manufactured all over the US and Canada (as well as China), all of the stand mixers are still assembled in the Greenville, Ohio factory staying true to their roots.

KitchenAid have 13 different ranges of mixers, over 100 colors to choose from and over 80 attachments to transform your baking and cooking.

Does this make KitchenAid the best stand mixer brand? I guess we’ll see!

Fun fact: you can go on a tour of the Greenville, Ohio factory called the “KitchenAid Experience”. Your tour guides? The assembly line workers!

No doubt you’ve seen a Smeg fridge around and thought, “I want that in my kitchen!”. But Smeg doesn’t just make showstopping, retro fridges. Their stand mixers look just as cool and come with a hefty price tag.

Gradually over the years, Smeg began to produce various home appliances, as well as medical and dental instruments. It wasn’t until 1997 that Smeg began to retail their distinctive 50s-style retro fridges.

Finally, in 2014 they launched their small domestic appliances, designed by Deepdesign studio. The line won the Good Design Award, the iF Design Award, and Red Dot Design Award.

Fun fact: Smeg is actually an acronym of “Smalterie Metallurgiche Emiliane Guastalla”- a throwback to the company’s original activities!

At first glance, you may not believe that the Ankarsrum stand mixer is a stand mixer at all. It gives sci-fi vibes with its sleek, futuristic design and chrome accents. But, I promise you, not only is it a stand mixer, it’s an incredibly powerful and arguably the best European stand mixer brand.

Launched in 1940 in Sweden (yes, during World War II!), this unique mixer was originally part of the Electrolux brand and was designed to assist Swedish families with all aspects of cooking. It was then named the Electrolux Assistent.

However, in 1969 production was moved to Ankarsrum in Sweden, which is where the brand name came from. This mixer is particularly unique in that it uses a spiral motion rather than the more popular planetary one. With a spiral mixer, the bowl as well as the attachments spin. The focus is on high quality and sustainability. All of the parts are sourced and made locally, and each machine is hand assembled with a 7-year warranty.

With a 5kg dough capacity, this is also probably one of the largest home stand mixers you can get your hands on and is the best on the market for making bread dough. ideal for those who love making loaves or pizzas regularly.

To find out more, take a look at my comparison article between Ankarsrum vs KitchenAid.

Fun fact: If you’re after more than just baking, there are 16 different accessories available to help you make smoothies, sauces, pasta, and more.

Another popular and well-known brand, Cuisinart stand mixers are known for its reliability and are the main competitor to KitchenAid.

Started in 1971 by Carl Sontheimer in the USA, the brand originally marketed food processors.

Eventually, after legal conflicts with other companies as well as a host of other financial troubles, Cuisinart filed for bankruptcy and was bought over by Conair in 1989.

Finally, in 2007, Cuisinart introduced two stand mixers to the market, a 7-quart model and a 5.5-quart model. Interestingly, when industrial designer Marc Harrison was hired in the 1970s, Cuisinart became popular with those with disabilities, thanks to the larger font size and universal design.

Fun fact: Does Cuisinart sound like a French name? That’s because Cart Sontheimer loved French food and named his brand after “cuisine” and “art”.

Hamilton Beach may not be a brand you’ve heard of much outside of the US, but it has actually been around since 1910, and counts Cuisinart, Black & Decker, De’Longhi, and Sunbeam amongst its main competitors.

Inventor Frederick J. Osius started the Hamilton Beach Manufacturing Company in Racine, Wisconsin in the US. Not fond of his own name, he paid two of his employees – Louis Hamilton and Chester Beach – $1,000 to use their names for his business. They would eventually go on to leave in 1913 and start their own company, the Wisconsin Electric Company.

The invention of a universal electric motor meant that Hamilton Beach became a leading manufacturer in small motor-driven home appliances, including a drink mixer that was used in the majority of soda fountains across the US.

The Hamilton Beach stand mixers weren’t introduced to the market until the 1950s. The model featured a detachable bowl, which made it popular with homemakers.

In 1990 Hamilton Beach merged with Proctor Silex, now a subsidiary of Hamilton Beach Brands, Inc. Today, the company is based in Glen Allen, Virginia.

Many of their stand mixer have baking guides printed on the mixers themselves, making the Hamilton Beach mixers the best ones for beginners.

Fun fact: Though they were once manufactured solely in the US, since the 2000s China has manufactured all of the parts for Hamilton Beach.

Wolf Gourmet is the small appliance subsidiary of the parent company, Wolf, which is itself part of the Sub-Zero family.

While you may not know much about them, you probably should; their home appliance products are consistently given top ratings and reviews!

Westye F. Bakke started the Sub-Zero Freezer Company in 1945 in Madison, Wisconsin in the US. Initially a free-standing freezer company, in 2000 they acquired Wolf – known for its work with commercial kitchens – and formed Wolf Appliance to tackle the home kitchen.

It took until 2015 for Wolf to roll out Wolf Gourmet, their line of small home appliances, cookware, and cutlery. The Wolf Gourmet 7-quart stand mixer was part of this line; a model retailing at around $1,000.

Fun fact: When Sub-Zero formed Wolf Appliance, they launched 50 products at the same time, the most ambitious simultaneous launch from the F&B industry at the time!

Bosch is a German manufacturer of small home appliances, including stand mixers. Founded in 1886 by Robert Bosch, the company began as a workshop for precision measuring instruments and testing equipment.

Today, Bosch produces products ranging from kitchen appliances to power tools to industrial machinery, with research centers located all around the world.

Though Bosch is best known for its dishwashers and refrigerators, many people also consider its stand mixers to be one of the best on the market. Some of Bosch’s stand mixers have received rave reviews from users around the world, but they also come with a comparatively high price tag.

Kenwood is a UK-based manufacturer of small kitchen appliances, including stand mixers.

Some of the top-rated Kenwood stand mixers are also less expensive than some other models on the market, making them a good choice for anyone who wants to invest in a quality mixer without breaking the bank.

Fun fact: Not only did Mr Wood cleverly design stand mixers for household use, he even reinvented the toaster to toast both sides without touching the bread! Thank you Kenneth Wood!

Which Stand Mixer Brand Do You Have Your Eye One?

There is an infinite amount of choices when it comes to stand mixers, but if you’re looking for the best of the best, there are only a few stand mixer brands you can really rely on.

I am a huge KitchenAid fan, so if you were to ask me which one I think you should get, you know what my answer will be. After all I do have a whole section on KitchenAid!

Having said that, European engineering is next to none. Ankarsrum and Bosch take the lead as one of the best European stand mixer brands, and both are known for their reliable, high-quality design.

If you’re looking for a brand that consistently tops the charts when it comes to customer reviews, then you can’t go wrong with Wolf Gourmet or Kenwood. Both companies have years of experience in the industry, and their products are renowned for their impressive performance and attention to detail.

So, which stand mixer brand is right for you? It really depends on your needs, budget, and preferences as a home chef! 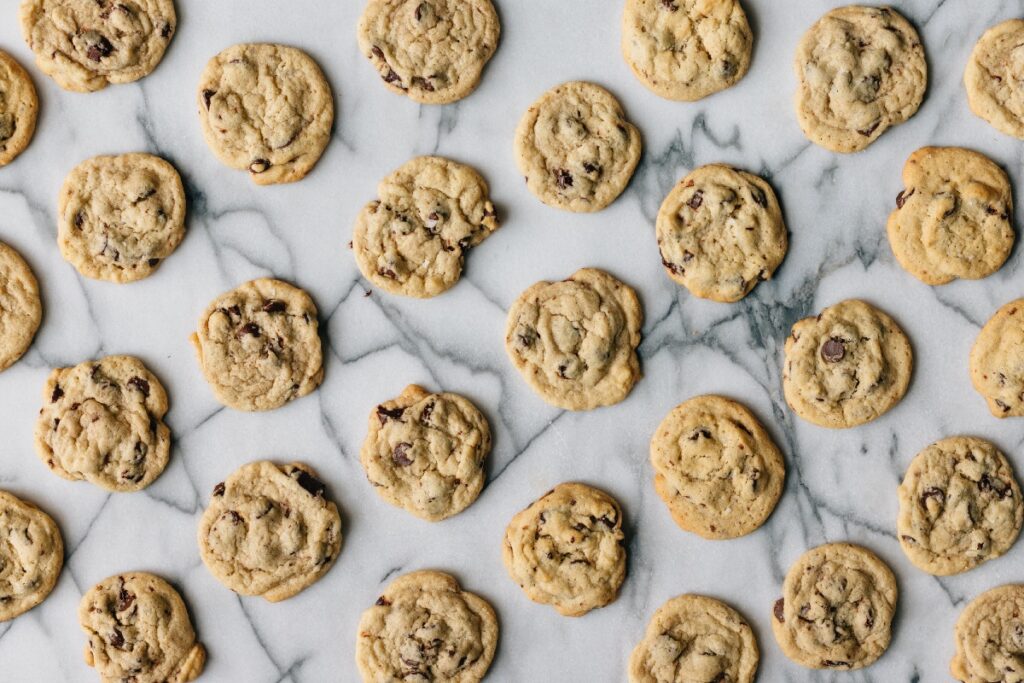 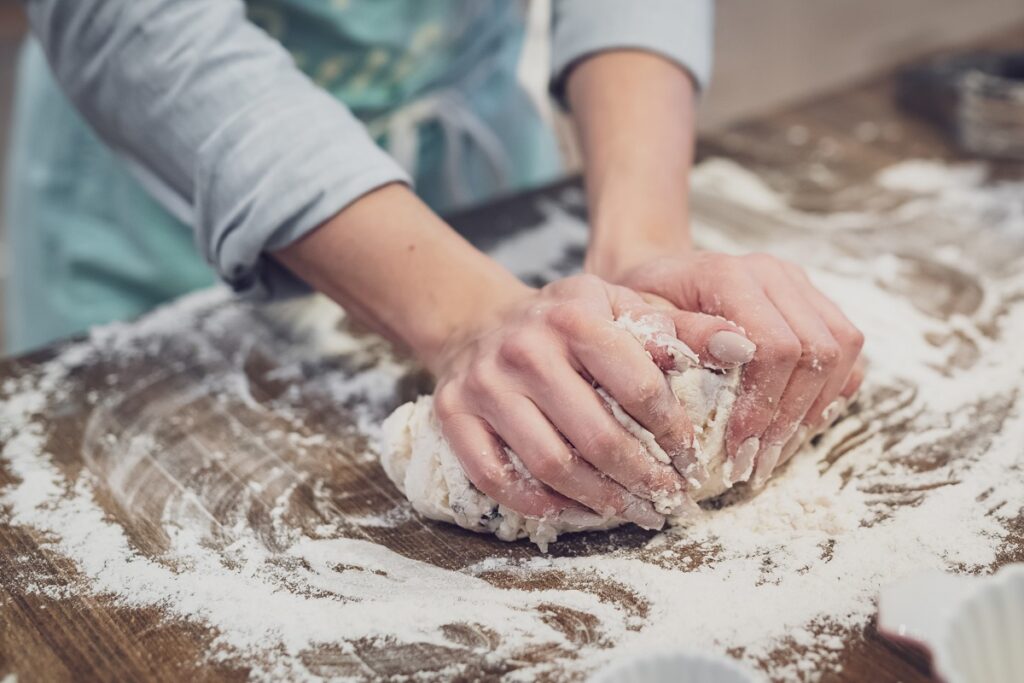 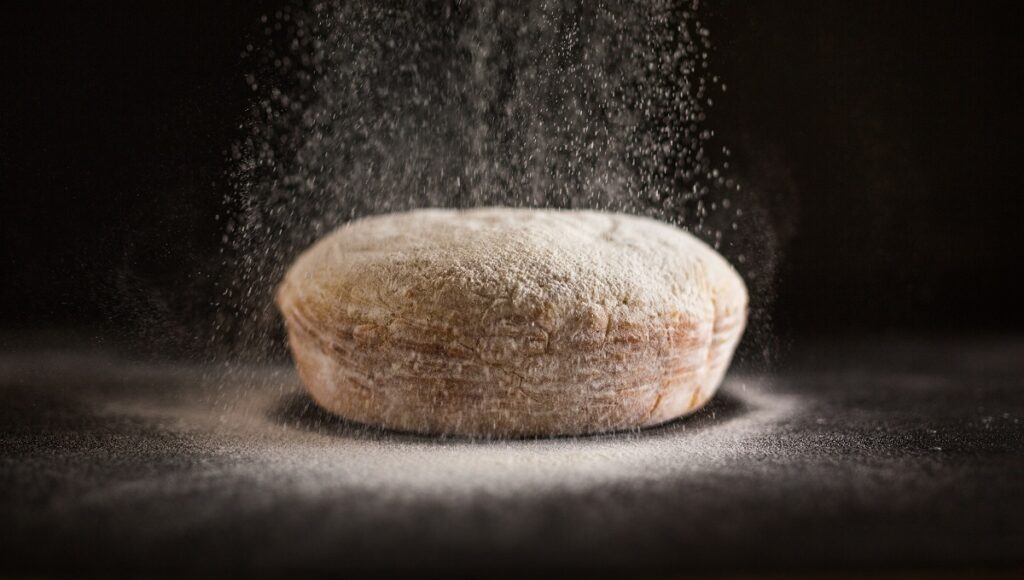